“‘Stephen Gillen’s story is one of redemption – overcoming adversity to be the person each of us knows is deep inside. ‘The Monkey Puzzle Tree tells his story from his humble beginnings during the dark days of the troubles in Ulster, to his imprisonment and being branded one of the UK’s most dangerous prisoners. You will not read a more powerful book!” 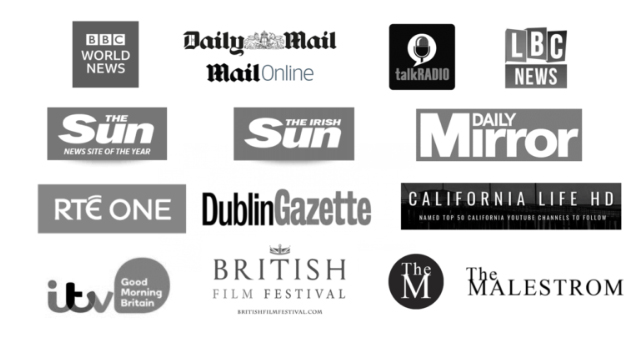 WHAT PEOPLE ARE SAYING ABOUT THE AUTHOR

‘I have had the honour of working with Stephen over the past two years. To think at one point, we were on opposite sides of the legal spectrum, with me as a senior police officer, is just incredible.
His insight into his life and the revelations that came from his enlightened thinking should be shared far and wide. Stephens’s story is a testament to the fact that your past does not have to
define your future…’
Kul Mahay Former Senior UK Police Commander – Leadership
Development Specialist

‘Stephen Gillen has made such an impressive transformation from violent criminal to a successful businessman and mentor empowering people across the world. His life story provides hope for each of us and in this truly gripping book, ‘The Monkey Puzzle Tree’ shows each of us how to overcome our difficulties and limitations from any background turning it into a positive contribution to society…’
Robin Marsh Secretary-General UK of the Universal Peace Federation

Malala Yousafzai once said, ‘Let us remember: One book, one pen, one child, and one teacher can change the world.’ Here is a book that is sure to change the world. Utterly Exhilarating!
Mariett Ramm Founder and Editor in Chief ‘The Billionaire Chronicles’

‘It matters not what someone is born, but what they grow to be…A must-read!’
Andy Loveday, Producer & Director of the ‘Rise of the Foot Soldier’ franchise

‘…Even by my standards, ‘The Monkey Puzzle Tree’ was very emotional, fascinating, and exciting all at the same time. Stephen’s story is an amazing true story and living proof that despite being incarcerated for over 20 years you can turn your life around. He is an inspiration to many. Well done!’
Veronica Richardson wife of Notorious Gangland figure Charlie Richardson

‘Stephen Gillen’s story is one of redemption – overcoming adversity to be the person each of us knows is deep inside. ‘The Monkey Puzzle Tree’ also uncovers a wider scandal in the UK. From his
humble beginnings during the dark days of the troubles in Ulster, to his imprisonment and being branded one of the UK’s most dangerous prisoners, and his meteoric rise to peacemaker and
entrepreneur, the boy from a troubled early life has shown that the hammer-wielding magistrates, barristers and sections of the public who prefer to judge a book by its cover, can quite frankly,
shove it…’
Jamie McDowell Journalist Sunday World Newspaper

‘Amazing and inspirational! Stephen Gillen’s story -from incarcerated criminal to Ambassador for Peace. A heart-stopping transformational real-life story that will have you gripped to the
edge of your seat! One man’s triumph, creating massive change in the world against all odds – winning hearts and minds – a mustread!’
Caroline Heward, Th e Harley Street Stress Expert, Ambassador for Peace

‘The Monkey Puzzle Tree’ is a unique, extremely powerful story about overcoming unimaginable odds and hindered by an emotive past to find redemption, true happiness, and inspiring global success that is changing the world!’
Roseita Royce President of the British Film Festival & Producer of the upcoming adopted film ‘The Monkey Puzzle Tree’
.
‘Stephen Gillen’s tale is as terrifying as it is inspiring and when I was asked to adapt it for the screen there was no question that I would do it. The story of his life gives such potent meaning to that
universal truth that a person’s future does not have to be defined by their past. The bravery which Stephen has shown in making a conscious effort to do the right thing each day is an example we
should all follow.’
Kieran Suchet Screenwriter of ‘The Monkey Puzzle Tree’

‘Stephen Gillen is the epitome of true resilience under adversity.The Kind of adversity that mortal men would diminish from. In ‘The Monkey Puzzle Tree’ he defines tragedy & how he overcomes
his challenges in a way that is truly unbelievable and inspiring. A really gripping story that shows the human spirit like no other. READ IT NOW!’
Sir Marco Robinson No1 bestselling author, Award-winning Entrepreneur, Philanthropist & Filmmaker

‘I must recommend this massive book! Stephen Gillen’s book ‘The Monkey Puzzle Tree’ will keep you glued from the start with its many twists and turns. It really is a roller coaster of a ride. What
a great book…!’
Linda Calvey, Author of ‘The Black Widow’ Gangster and Adored by the Krays

‘This book inspired me to write mine. Now, Stephen is a mentor and friend…’
Darren Hamilton Former British Light welterweight Champion

‘I’ve known, Stephen since we were tearaways. I’m proud to call him my friend. His book is an amazing example of dark turning to light against all the odds. His book is a true gift to the world.’
Jack Ramdan Founder of Factory East Community Project/ Charity (in the East End nominated for the QAVS Queens Award for Voluntary Services)