Launched at the institute of Directors, 116 Pall Mall,  Wednesday 25th October, 6pm   To register for a ticket, click here

“I have been enjoying the aphorisms – a treasure house of them – some quite brilliant.”
Matthew Parris – The Spectator

“A large collection of pleasing aphorisms… They are all original but show the influence of many schools: here a touch of Pascal, and there an echo of La Rochefoucauld, but most particularly the happy inspiration of Oscar Wilde.”
Donald Mead – Chairman, The Oscar Wilde Society

“Condensing a philosophical or witty concept into a single line calls for great skill and mastery of language. As editor of The Oxford Book of Humourous Quotations, President of the Oscar Wilde Society and a lifelong lover of aphorisms, I know this to be true.

Apart from this author, I know of no aphorist, living or dead, who has originated so many high-quality aphorisms on such an awesome variety of (150) different subjects. Although this is just a small taster from Robert Eddison’s “thought diaries,” Wisdom & Wordplay is a dazzling combination of incisive wit, profundity and wordplay of the highest order.

I am a devotee of the works of Oscar Wilde, have appeared as Lady Bracknell in The Importance of Being Earnest and I have written a series of Victorian murder mysteries, featuring Wilde as my detective. For me, Oscar Wilde has always been the master aphorist, having reigned supreme for 130 years. Rare, indeed, is the man (or woman) of letters who could consistently match such classic one-liners as: ‘We know the price of everything and the value of nothing’ or ‘Philosophy teaches us to bear with equanimity the misfortunes of others’

But, although not all gods reign for eternity, it never once occurred to me that this particular one could ever be dethroned – until now. Could it just be that, in the author of this remarkable book, Wilde has finally met his match?

I am proud to introduce you to Robert Eddison. How should I describe him? While reading Modern Languages and Law at Cambridge, he won a European scholarship, which was followed by a university lectureship and a Foreign Office consultancy. But it’s his lifelong fascination for the written and spoken word that has dictated Robert’s two main hobbies – coining mint-fresh aphorisms and public speaking, which led to some freelance broadcasting for the BBC and to a lecture tour of America. He is a raconteur and wordsmith of high repute.

And it was Robert’s Puckish love of words and wordplay that finally drew him to a career in mainstream journalism, writing periodic features for the broadsheets and tabloids. As a lifelong member of Mensa, he also chairs some of its popular discussion dinners and was recently appointed to a directorship of the newly-formed international charity for high ability (IAFHA), which seeks to identify and nurture gifted children.

Robert’s love of words is, of course, widely shared by other journalists and public figures, who, like me, are constantly on the lookout for new material to add a spot of sparkle to our speeches and lectures. This treasure-house of highly individual quotes offers a rich source of ideas, be it for us, the best man at a wedding or the conference delegate.

This book also offers the ideal year-round gift for every lover of words. It’s a book to live with and savour, like a good liqueur, line by glorious line. You’ll need three copies, though – one as a gift, one for your travelling bag and one for the loo.

For me, Robert is ‘the Aphoristic’ – a wise, witty and deeply thoughtful observer of our times. He isn’t Wilde. He is Eddison. And quite wonderful. You have his book in your hands and you will soon have his aphorisms in your head.”

Enjoy them. They are the best.”
Gyles Brandreth. 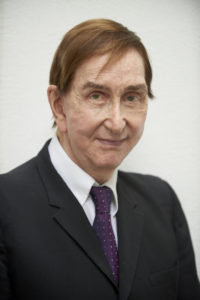 “Originating pithy one-liners is my thing. So how, you may well ask, did I get to be doing this as a hobby? After spotting a few one-liners in the London production of a stage play I’d written, I thought it might be fun to devise them “neat”, to stand alone in their own right.I don’t keep a diary as such, since I’m not interested in whether I bought jam or peanut butter last Tuesday at Tesco’s. What I can claim, though, is that every original thought I’ve had in the past few years has been noted down. True, it’s not your normal kind of diary, but it’s one I love as I never know what I’m going to think up next and I’m constantly surprising myself. But I didn’t limit myself to this side of the channel as foreign languages also fascinate me. At eighteen, I went on a roll and hitchhiked across Europe to spend my two gap years learning German and Italian.

After winning a European scholarship from Cambridge, I went on an American lecture tour and finally returned home to face Real Life – as an apprentice cub reporter on three local papers. What launched my journalistic career was a lengthy interview I did with the late Lady Thatcher for the Times of 10 May 1978, in the year before she became Prime Minister. The interview had to be recorded as I’d fallen off a bus the previous day and had cracked both my arm and my ability to write.

My aphorisms are a celebratory send-up of the English language. Like my stage work and my journalism, they reflect my love affair – all right, my addiction – to words. Friends finally prevailed on me to bring my one-liners into the public domain and the immediate traction they gained on Twitter has further encouraged me to publish my first book, due out this winter.So that’s my journey so far and you are most welcome to come aboard as travelling together is so much more fun than keeping my thoughts to myself. At this early stage, though, I’m just putting my toe in the water. The foot may, or may not, follow.”      Robert Eddison – Wisdom & Wordplay

Robert Eddison’s pithy one-liners are made for our soundbite culture and have proved very popular on Twitter, where Robert has been posting five original aphorisms a day since creating the account in 2014. They gained immediate traction and have brought him over 32,000 followers, with scores joining the fun every week. Wisdom & Wordplay is just a taster from Robert Eddison’s voluminous “thought diaries” and the first of his upcoming Sideways Look series.Endorsements include:

“You are my favourite living aphorist…Each one is a gem and I continue to salute your genius.”   Gyles Brandreth, Editor, The Oxford Dictionary of Humourous Quotations“

A treasure house of them…some quite brilliant.”  Matthew Parris, The Spectator“

You show that a one-bite canapé can still be a gourmet treat, albeit one that leaves you craving more.”  Patrick Kidd, The London Times